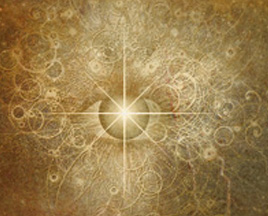 How To Heal And Be Awake

There is a saying: cleanliness is next to godliness. I think a more powerful statement is: the state of ones internal ecologic health goes a long way to determine ones mental and emotional states of health, or godliness.

One could also extend and update the tenth commandment: If you have a problem with coveting and/or hatred, greed, envy, jealousy, gluttony, addiction, anger, etc., then you have a bio-chemical and/or a physical/structural imbalance and you should seek out a herbalist and/or a naturopath and/or a therapeutic masseuse.

In today’s culture mental and emotional illness are distracted by labels and metaphors: airhead, dense, not playing with a full deck, lost your marbles, scumbag, sleazeball, degenerate, perv are just some that come to mind.  These labels and metaphors contribute to a culture of victim blaming.

From the Wikipedia page on Illness As Metaphor:

Susan Sontag says that the clearest and most truthful way of thinking about diseases is without recourse to metaphor. She believed that wrapping disease in metaphors discouraged, silenced, and shamed patients.

Many years ago I think I read an article that described the brain as a dissipative structure, a structure capable of reorganizing itself.  In fact, people have been practicing meditation for centuries with just that goal – a change in thought patterns. On Krista Tippet’s website OnBeing, there is a February 21, 2013 podcast of an interview with Thupten Jinpa, a Buddhist scholar, former monk, and translator for the Dalai Lama.  In that interview  meditation as spiritual technology is discussed.  Powerful stuff.

It has been my experience that the body can become stuck or stagnant through years of poor diet or genetic metabolic issues which can lead to compromised health and mental function. Under these circumstances your efforts at change through meditation can become difficult.  This is where traditional herbal medicines and therapeutic massage come in.

Depending on your genetic makeup and diet your ecologic health can be poor indeed. Everyone is different, thus you must be your own physician. Here the saying ‘patient heal yourself’ becomes true. I am not saying that you should do it alone. I learned this myself. Seek out a trained herbalist and/or naturopath and/or therapeutic masseuse. In all probability you will see more than one herbalist before you get the right results.

Don’t get discouraged at first. When you first take your herbs and don’t feel anything the likely cause is that your body, after years of stagnant health, will just eliminate the herbs without your consciously noticing an effect. But you have to persist. It will take practice with the herbs and naturopathic nutrients to become proficient at gaining your ecologic health. You must persevere.

It has been my experience that attaining a state of internal ecologic health can give one a great advantage at attaining higher states of mental, emotional and spiritual health.